With the Billy's now joining us we could start heading North, but we didn't get far before making the decision to call into the Historic town site of Cossack, here we checked out the old buildings and spent some money at the cafe for Coffee and Cakes, i must add it was the dearest we have been charged but .. when in Rome etc ... 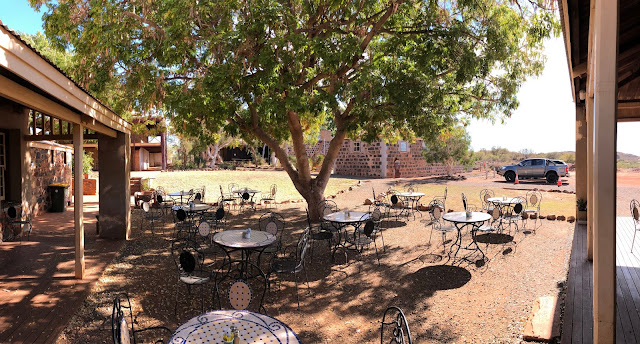 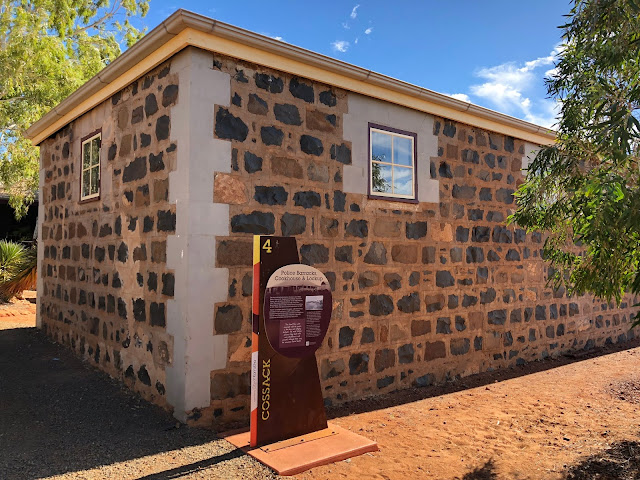 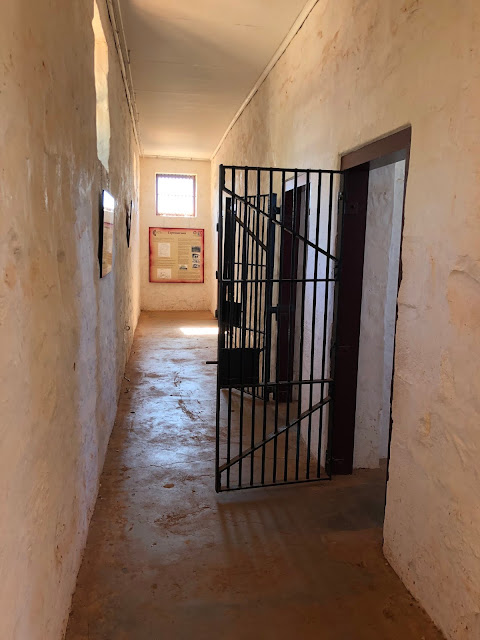 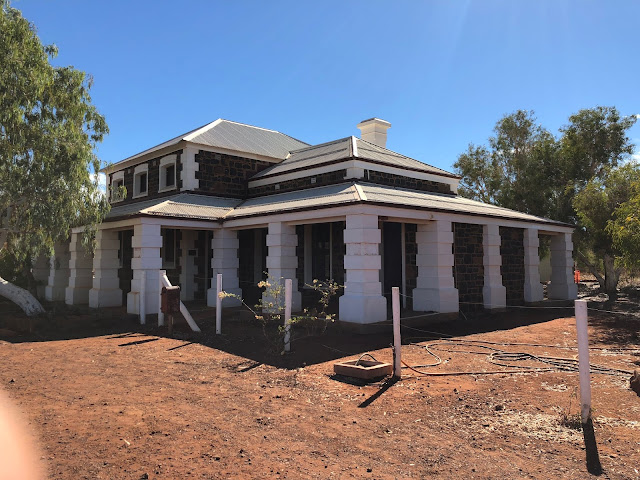 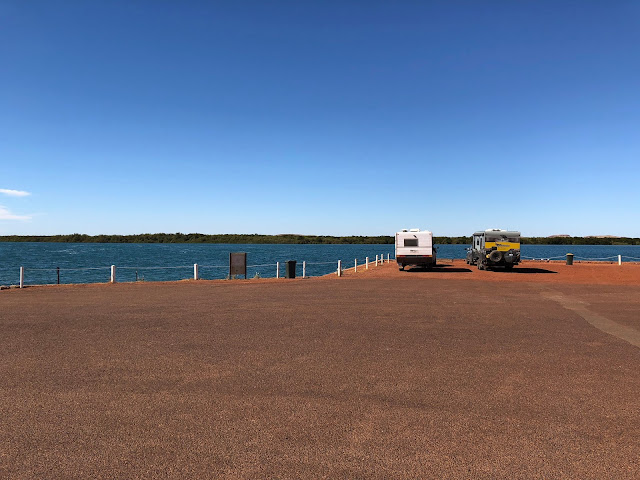 Our next stop was 80 Mile Beach, Vickie and I have stayed here a few times previously but having the Billy's with us who had not been here we had to visit again. It was nice to see the trees had recovered from the cyclone that almost demolished the area a few years ago. The sites are quite large and we all had plenty of space between other campers which is always a nice thing. We bumped into some friends from our Donnybrook years, Graham & Debbie so it was nice to have a chat and enjoy a cold beer whilst the 'fish magnet' Graham told us of the many fish they had caught whilst at 80 Mile.He certainly puts in the effort and is well rewarded with the fish he catches. 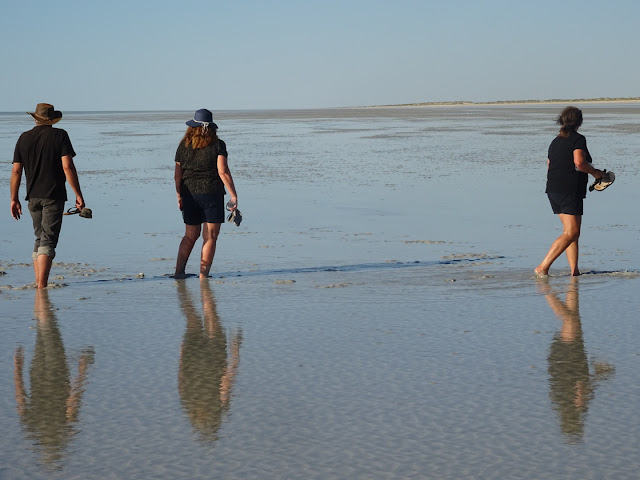 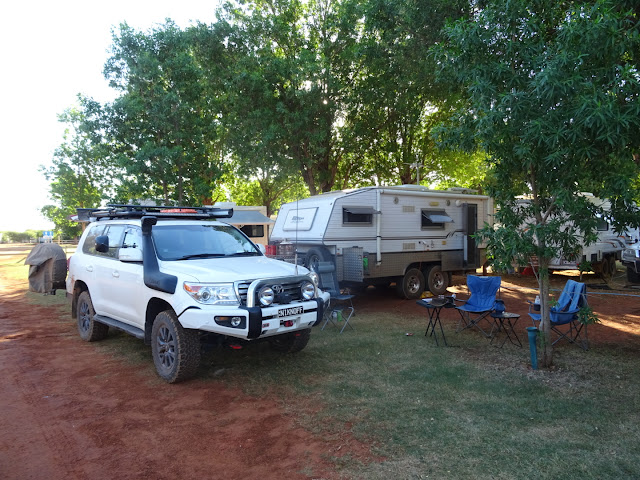 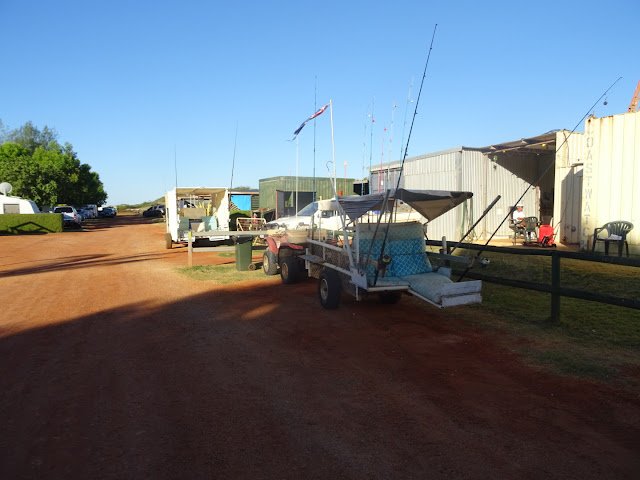 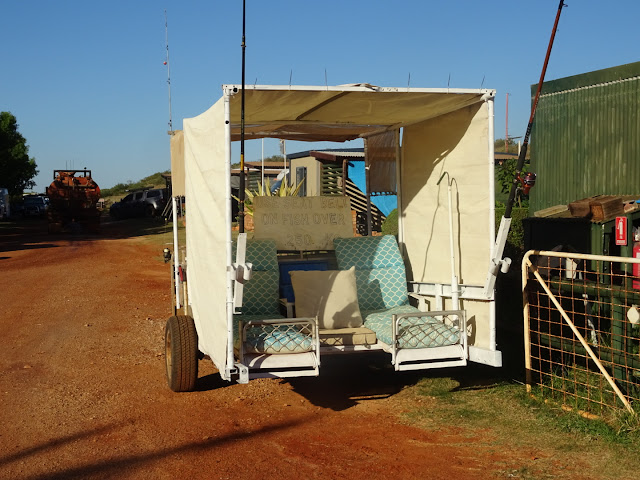 The regulars have some very interesting fishing buggy's they use, how comfortable does that look, laying back with a cold drink, protected from the sun and wind, waiting for the fish to take the bait. Life can be so hard -)
Posted by Mick at Monday, May 28, 2018 No comments:

I have learnt my lesson, if your going to have major work done on your vehicle before a trip, test drive the vehicle for a week or more before venturing off. I say this with the experience of CV problems soon after a suspension upgrade back in 2015 and recently fuel starvation problems after a recent engine remap. The latter involved us getting as far as Geraldton before having to leave our van at a mates place and return to Perth to have the problem sorted. I was told by Toyotune the pre-filter fuel hoses were getting hot and sucking in under power so for an easy fix it was suggested we just by pass the pre filter, not the ideal choice seeing as how we were going to be traveling in outback areas with possible dodgy fuel but apart from sourcing new better fuel lines, which we tried too but couldn’t locally, it was a fix that got us going and we have to just rely on the factory filter system and carry extra filters.

[Much to my annoyance i found out later the problem was not the fuel hoses but the remap tune was too aggressive in its boost pressure.]

So away we go again, we travelled with Vickie’s sister Jo and her hubby Dave. They had their 200 series Landcruiser and a JB Scorpion Caravan, this would be a good test for their rig but 1st they were going to Ningaloo for a month and we were going to do our own thing and check out a few new places. With Dave towing an almost identical size and weight van i was keen to see the difference in fuel economy considering my 200 had a engine remap and dual speed torque converter lock up kit fitted.

[Another dissapointment, Dave's stock 200 was getting better economy than our's by 2-3lts per hundred, mine was also blowing black smoke which it had never done previously]

Our 1st few nights after picking up our van at Geraldton was to stay at Coronation Beach, we had visited before but this was the first time we have stayed there and we enjoyed it. Tried some fishing but no luck. Gladstone was our next stop, I’m not a fan of flat tidal muddy ocean fronts, the jetty was in total disrepair and we couldn’t walk it so fishing there was out for us. Worramel Station was our next nights stay, Station Stays have not been on our list of things to do but this might change after our recent experience. Worramel has two nice artesian hot tubs which was nice to spend some time whilst watching the bird life. Today was also my 65th birthday and our daughter Caddie had made me a birthday box that comprised of a blow up birthday hat complete with candle, some poppers, huge marshmallows, a book and assorted items. It was hugely appreciated.

Instead of going to Ningaloo like we have done for the past 20+ years we thought we would visit and camp around at the Cape Range, we hadn’t thought about booking as we never know or like to be put into a time frame to be somewhere, but before we got to Exmouth we spent a night at Minilya and 5 nights at Warroora Station. It was similar to South Lefroy Bay with the Ningaloo Reef visible but further off shore, the beach was covered in sea weed and the camping areas not very large but we did still enjoy the change and I was able to snorkel around but again the underwater world wasn’t as nice as South Lefroy. 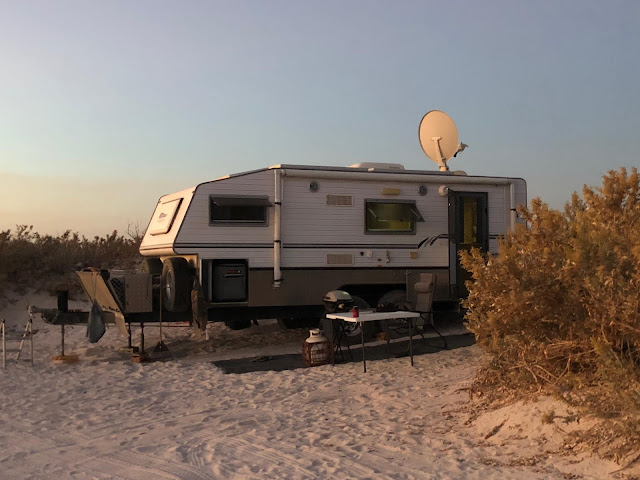 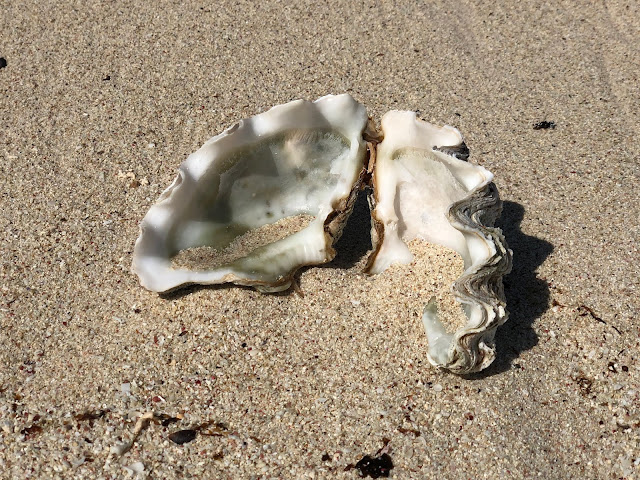 So after a week we headed into Exmouth where we attacked the bakery, we were very pleased to see the standard had increased hugely with the range of pies, so had the price but they were so good we ended up buying a dozen to put in the freezer. We also bumped into some old Western Angler Mates who were going to Wilderness Island with their Kayaks, the wind was holding up their trip so were stocking up on carbohydrates at the Bakery. Our time at Cape Range could only be 2 nights due to booking and that availability wasn’t for another few days so we booked into the caravan park for two nights and then a night at Yardie Creek van park before our allotted time was available at North Kurrajong, Cape Range.

We checked out Cape Range and were very impressed with the views, from memory it was a 10-16klm drive in but worth it. 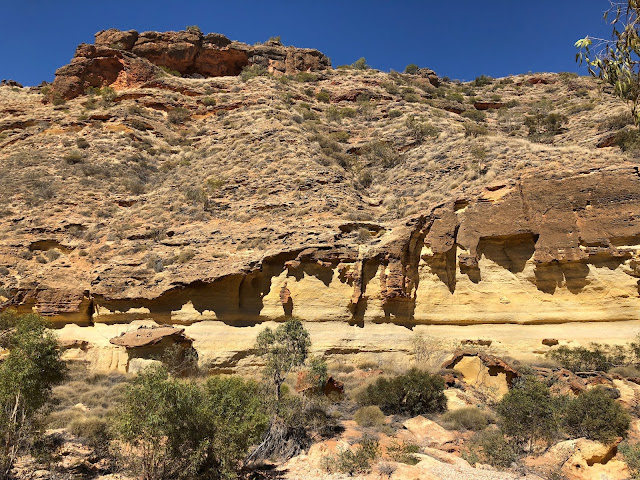 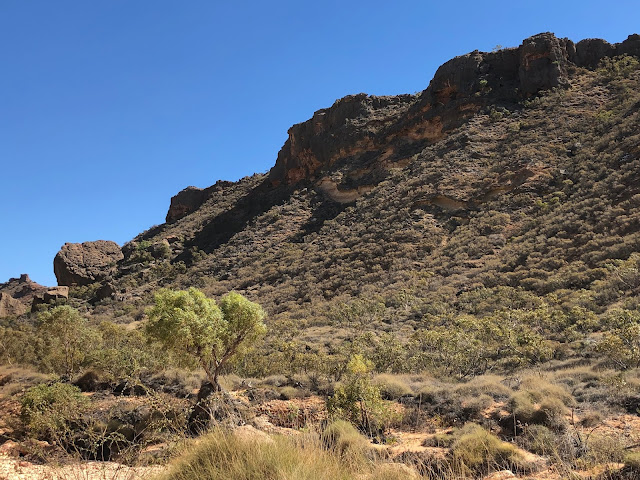 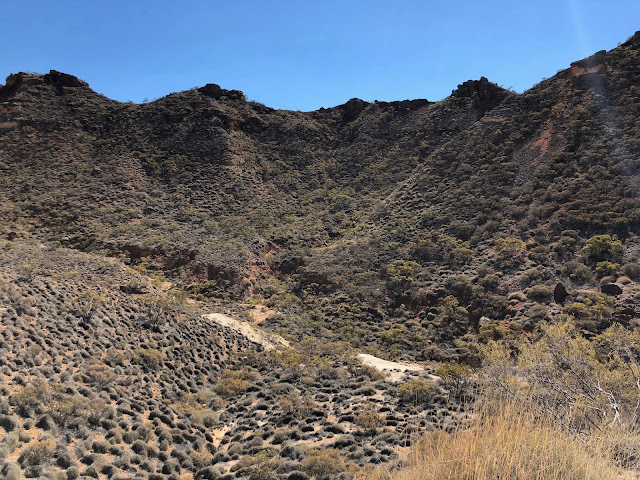 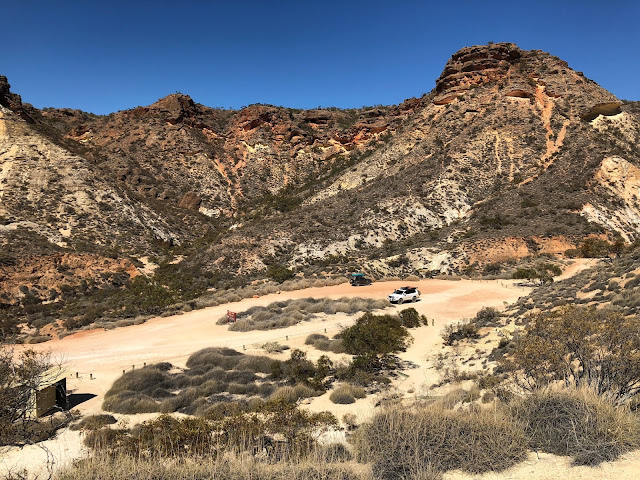 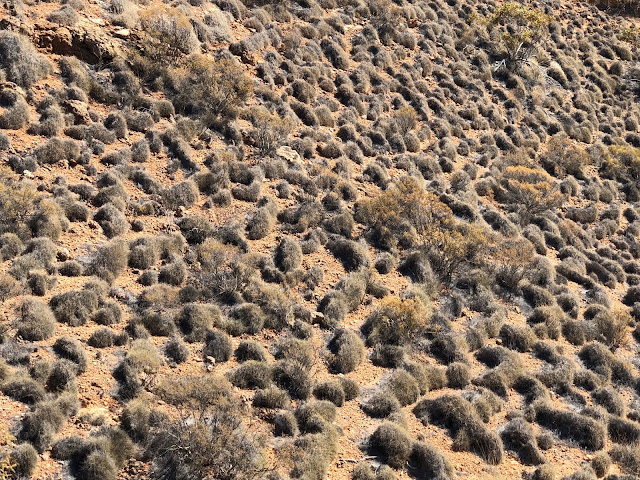 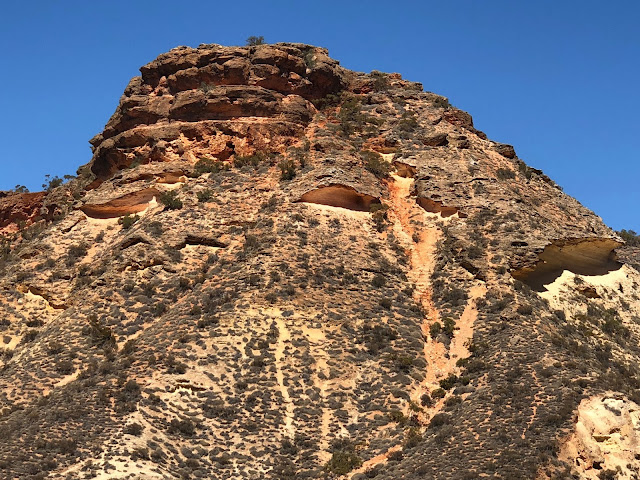 So here we were set up in our pine copper logs camp space, it was actually quite spacious at 12x7 metres and we had no neighbour on one side but the other side we had two separate campers in cars with roof top tents that set up so close to us our van and their tents almost touched ... both campers were foreign and it wasn’t worth the hassle to suggest they move over further. 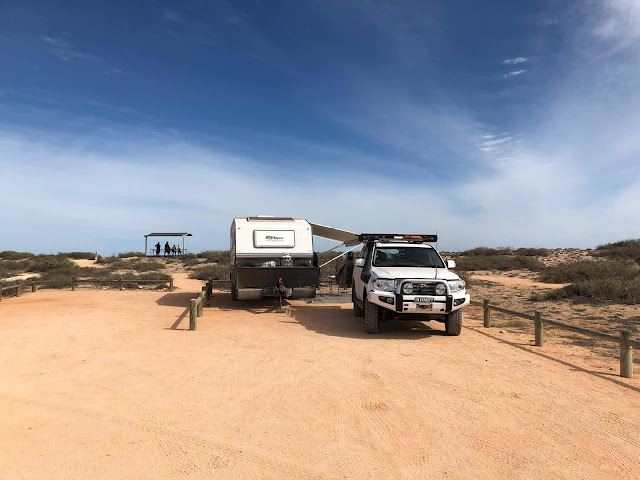 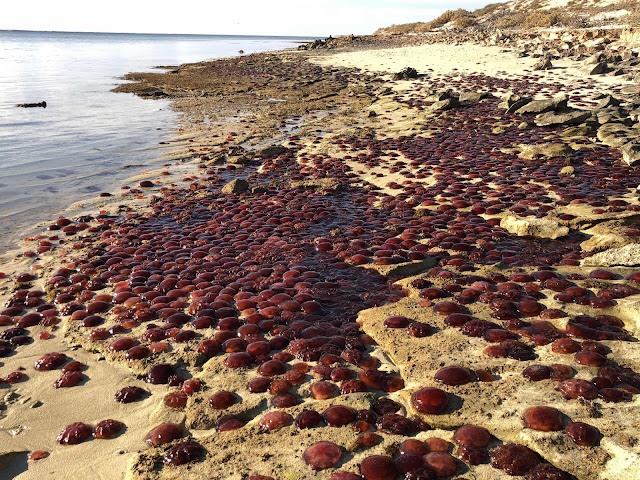 The rocky shoreline was covered in large red jelly fish, I tried snorkelling but it was like trying to escape through a million walking dead, I didn’t get stung but it was not an enjoyable experience. Fishing off the rocks was also a failure. One family who did get out on their tinny came back with two large painted crayfish and a golden trevally.

We were starting to get itchy feet waiting for the Billy’s, where to go next we thought. Bullara Station was the place, another enjoyable station stay, we experienced Damper John’s famous damper (along with 30 + others) and later sat around the communal camp fire talking to other travellers. The outdoor showers and toilets were very quaint, they had been nicknamed the Lava Trees and with water supplied by a bore and heated with a donkey fire we had a good cleansing showers.

We were trying to keep the distance between us and the Billy’s reasonable, we had another few days to kill before they left Ningaloo. We stayed a night at a road side stop at Robe River, here caravans were packed in but we went further up the track and had a reasonable spot, certainly good enough for an over night. Our next two nights we spent at 40 mile south of Karratha, another popular spot with the nomads but unless you have a boat we didn’t see the attraction, had we camped in the opposite direction we would have had a beach to walk and explore but we went down towards the mangroves and beach walking was non existent. We were able to fill our water tanks for a $2 donation to the Gas Plant who in turn donated equal amounts to the RFDS which we thought was very admirable of them. 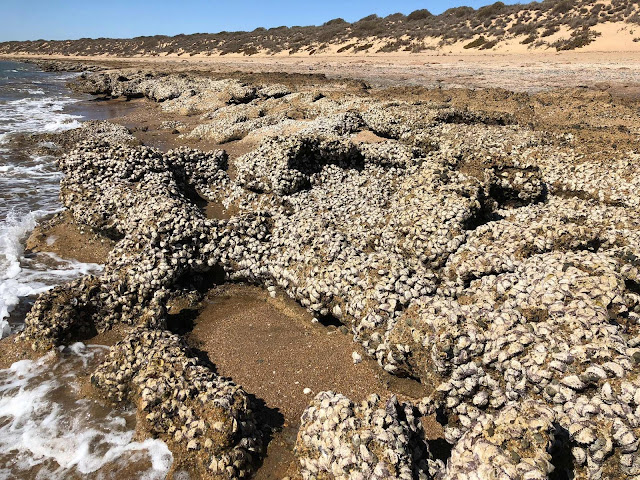 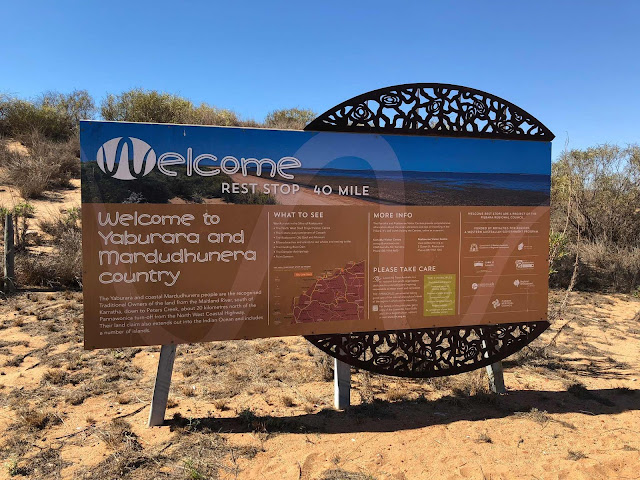 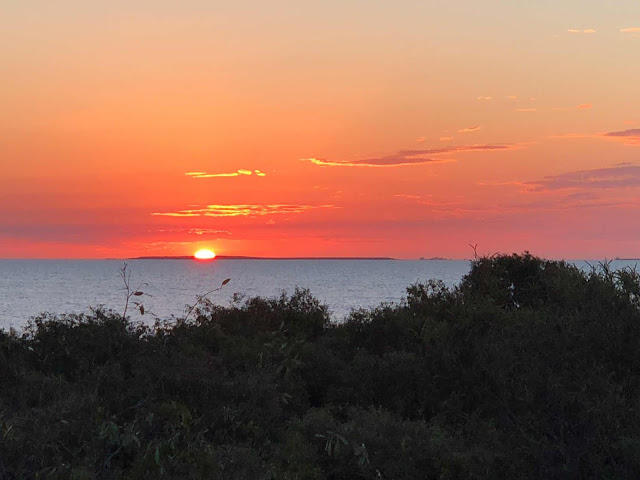 With the Billy’s now only a day away we moved on just up the road the Miaree Pool, here we had a lovely camp site right on the Maitland River. Plenty of bird life around but the small birds are so difficult to get a decent photo either to fast or hiding behind leaves and branches. I was wishing I had not left my Sony SLR camera and zoom lens at home.

The Billy’s rolled in the next day and because we had a lot to catch up on we decided to stay another night.

From here the journey begins, It could take me a while for the next instalment, one finger typing after right hand surgery slows me down.
Posted by Mick at Tuesday, May 01, 2018 3 comments: