Not long to go now before our Tasmania trip is over, we were booked to sail back to Melbourne on the 10th of January but we have bought it forward to the 1st to give us time to visit Erin and the grandsons in Adelaide on the way home. We had seen most of what we wanted to and now it's the silly season most of the camp sites are filled with locals enjoying their holiday.

We had left our bikes at our friends home in Swansea so that was 1st on the list to pick them up and stay a night. To get there we left Oatsland and took Tunnack Road then Woodsdale Road finally coming out on the Tasman Highway, the roads were a mixture of bitumen and dirt and the views were again typical Tassie, Stunning! I don't get tired of the hills and windy roads and the Cruiser just pulled the van like it wasn't there, I'm very happy we chose to move from the 79' when we did.

We stayed another night at Triabunna, we were surprised to see John & Marilyn's Winnebago parked up behind the hotel, this was the 4th time we had bumped into each other. After a chat Vickie and I went for a walk around the wharf and onto the local cafe for a coffee and cake. That evening we were going to have the yummy F&C's from the van behind the pub but decided to try the cafe instead, it was nice but the larger crunchy chips from the van were better.

I helped a fellow camper jump start both his cars in the morning, even his jumper pack was flat. He was a nice friendly guy and he offered for us to stay on his block at Port Sorrell, he was an interesting fellow and had some Cortina Gt's and a RS Escort he raced, these cars are close to my heart and we were keen to take up his offer. Unfortunately it didn't happen as we chose to go to Beaconsfield and we stayed longer there than we anticipated.

We called in at Elizabeth & Anne's home at Swansea and stayed the night, I was suffering a bit with the back and neck flaring up and I feel I wasn't my usual jovial self, we went with them to have some drinks and nibbles with some of their neighbours and had a lovely time. Next morning we said our goodbyes and headed North, this time we took another untraveled road and wound our way up over the range.

Beauty Point is a few kilometres North of Beaconsfield and we had been told the Platypus House and Seahorse World were worth a visit. We're glad we did, I now know so much more about Seahorses than I ever did before, where that information will get me in life I don't know but it was a pleasurable few hours getting to know these strange creatures. The platypus we had seen in the wild, along with Echidna's but again it was interesting and the cost reasonable. 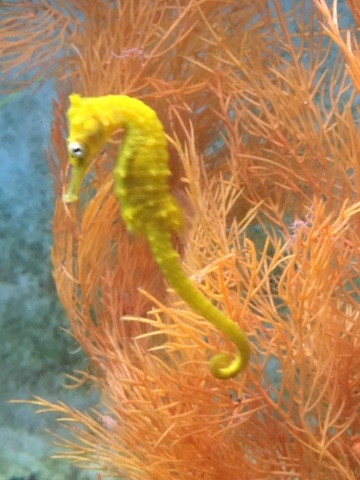 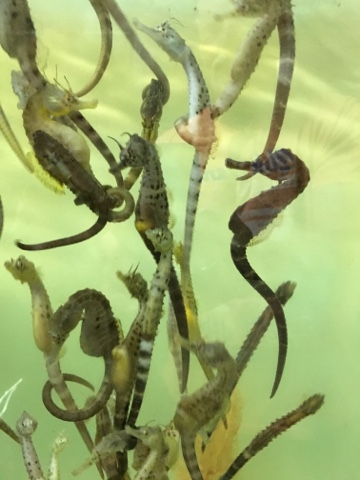 We had gone to Beaconsfield with the intention of visiting the mine which is famous for the cave in 2006 and the trapped miners Todd Russell & Brant Web who were nearly a kilometre underground for 14 days. It's impossible to imagine the terror they would have felt, cramped up in a small protective cage. Sadly another miner Larry Knight was killed in the collapse.

We wandered around the mine site which was full of very interesting memorabilia and stories of the gold years, for such a small admission cost it's well worth a visit. 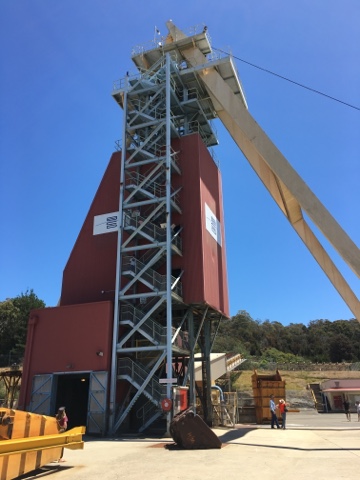 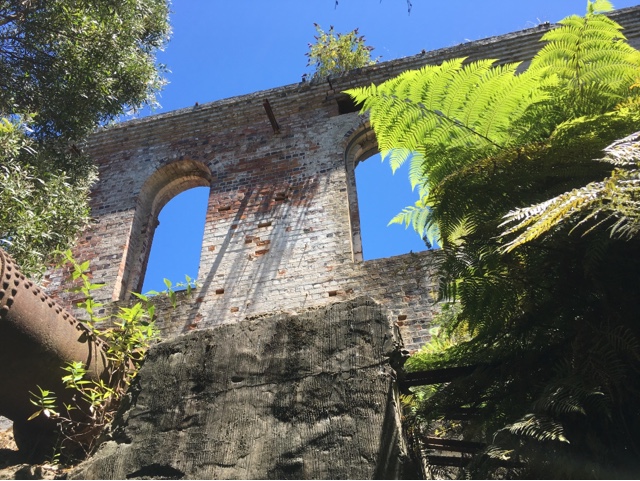 We were sailing out the next day so we headed to Forth to be closer to Devonport, we had stayed here once previously and it was very quiet, this time it was New Years Eve and just about every caravan and motorhome had rocked in, surprisingly it was a very quiet night with no yahooing as the old year passed.

Next morning we were 1st to leave and head for the Ferry, We had a wonderful time in Tasmania, I'm not sure it was as good as the 1st time we visited 10 years ago, back then everything was new to us and we explored a lot more, I think if we were to come again we would like to have the company of good friends to share the experience. 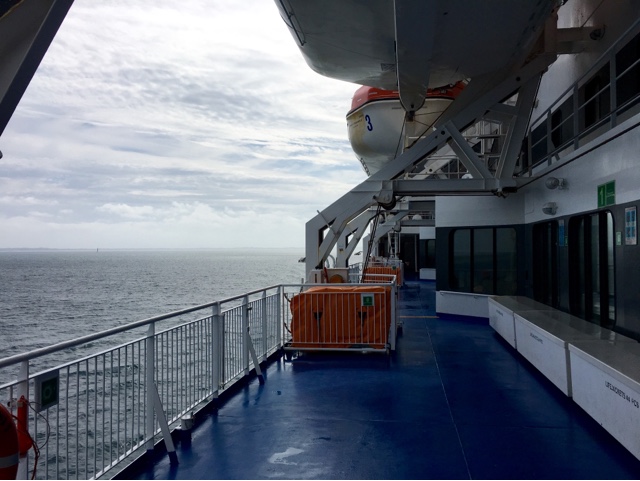 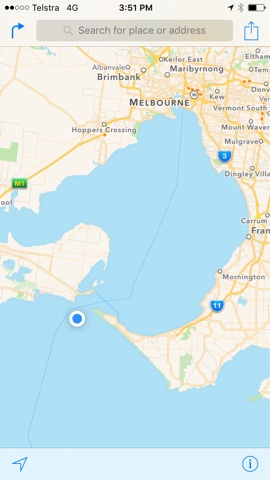 Coming in through the Heads to Port Phillip Bay.
Posted by Mick at Tuesday, January 12, 2016 No comments: