For many weeks we have endured cold & wet weather in SA whilst watching the temperatures in Perth still in the mid 20's, it's typical that now we are 'home' visiting family that we are now experiencing more freezing cold & wet conditions. Its been lovely seeing our granddaughters, we are being smothered in hugs & kisses, today Vickie [Nana] has taken the girls out shopping so that will be a lovely day for them. I took our 'home' car the Corolla in for a service and whilst waiting back at Pop's place i have been loading maps onto the laptop for use in the Garmin Nuvi that we use for navigation. My feet are like blocks of ICE !!! 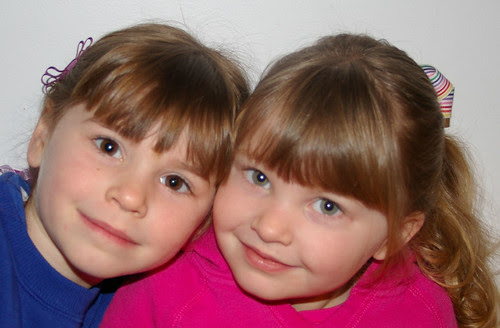 Leaving Mt Eliza we headed down to Sorrento where the Ferry leaves for Queenscliff, the last time we were at Sorrento a few years back we had a great meal of Fish & Chips with friends so that was in our minds for lunch before the ferry trip. Without a doubt this meal was the BEST F&C we have ever had, we can recommend Fish Fetish at 27 Ocean Beach Road Sorrento, the servings were huge and the batter was superb with the chips just cooked to perfection! We also visited the local Mitre 10 store and bought some carpet runner for the van. 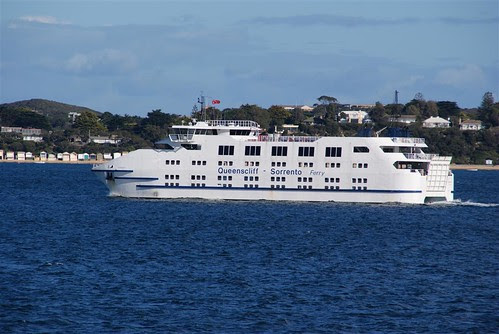 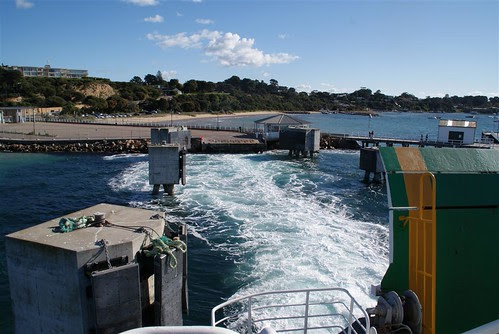 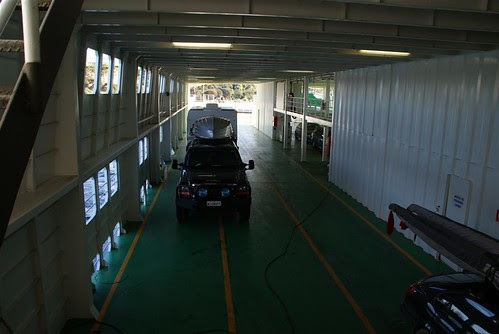 The ferry trip over was good, 40 mins with lovely conditions gave us time to just look around the scenery of Port Phillip Bay and before we knew it we were told to get in the vehicle ready to disembark. Our Bushtracker friends Rob & Sonia live in Barwon Heads not far away from Queenscliff so that was our destination, they live opposite the Barwon River in a beautiful home with plenty of room beside to park the van although it can be be a bit tight getting into. I had met RobnSon previously at Mareeba Qld, they were parked on the side of the road whilst Vickie was in the shops and since then i have continued corresponding with them via email, we had such a great an evening, we were treated like we were at a 5 star Restaurant and had a very enjoyable evening. 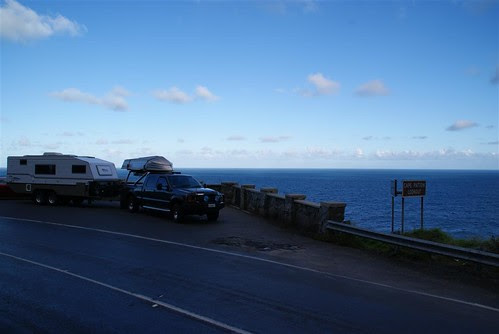 Leaving Barwon Heads we drove along the Great Ocean Road, a road we have travelled before with our last Van, plus many 'blasts' along the route in my younger days on motorbikes. We stopped at a camp area at Princetown for smoko, we have stayed here previously but camp charges have increased to the point where we decided to head towards the Otway National Park and stay at Aire River Campground. Some other campers were set up on the main track so we went down on to the flats to turn around to get the van level, it was wet & slippery getting out and our fellow campers were taking bets to see if we would manage, but we did albeit with lots of mud splatter alongside the rig. The weather was wet & cold so not much exploring was done before an early night of championship Skip Bo card game. 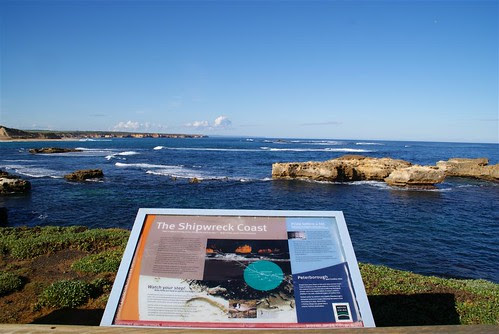 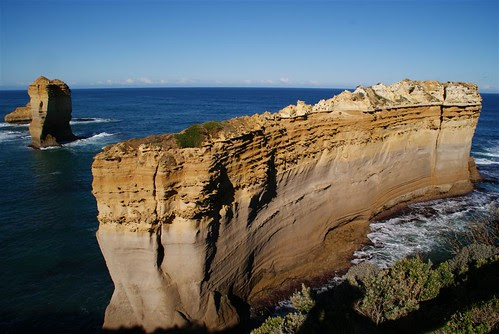 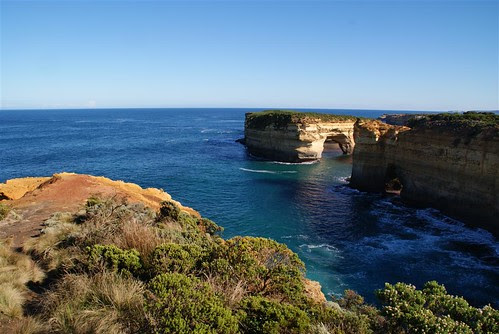 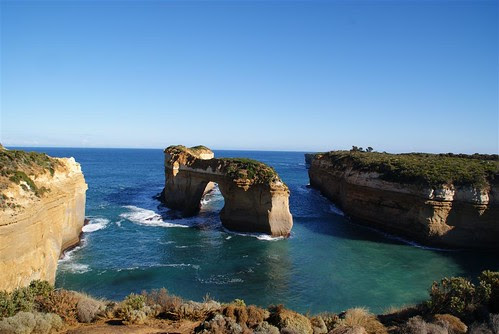 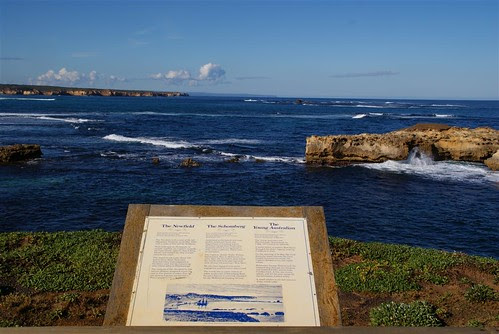 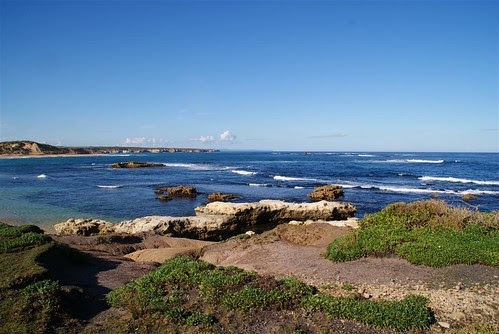 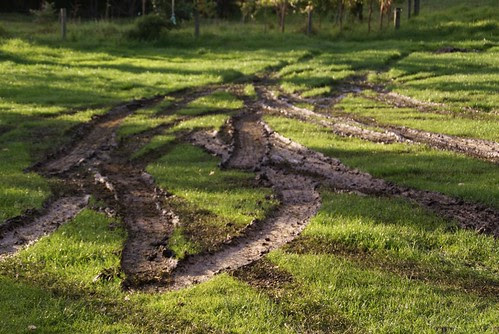 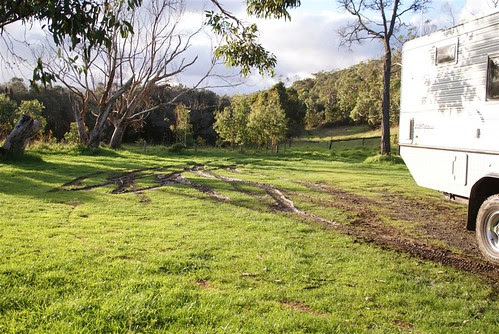 Next morning we left and drove on and visited Port Cambell, Peterborough, & Warrnambool before finally choosing #589 Fitzroy River for our camp site. Again we had the place to ourselves and enjoyed a lovely camp fire in the evening. The next night was spent at Southend Foreshore Campground, part of the Beachport Conservation Park, a cost of $5 per vehicle was charged for camping with no entry fee which was very reasonable compared to what WA charge. We did the usual drive & look around the area and then headed to our next destination 'The Granites' # 29, this was just a car park at the end of a 1klm dirt road, the Granites were a group of 3 or 4 large boulders on the beach, nothing exciting but a night spent with a camp fire is always nice regardless of where we are so we were happy.

# 31 in the Camps Aust Book, Old Coorong Campgrounds was our next nights stay, we really enjoyed the Coorong National Park, the fee's very reasonable with excellent facilities and large camping areas. We walked over the large sand dunes twice to the beach where Vickie was in her ellement beach combing for shells, Vickie found the 'mutha of shells' which she has displayed in the van, I took the beach rod and chucked lures up and down the beach before catching two weird fish that i described as Elephant Fish for the probiscuous looking snout. We also walked the 4wd track to the beach and explored the beach in the opposite direction the next day before leaving reluctantly hoping our next stop would be as nice. 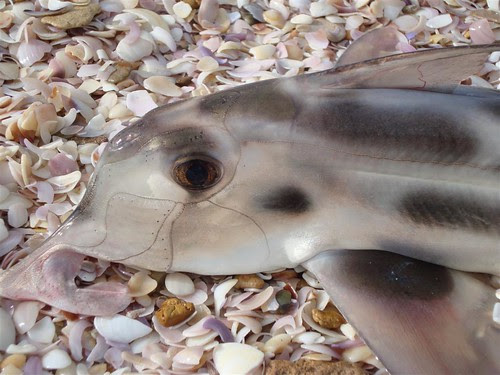 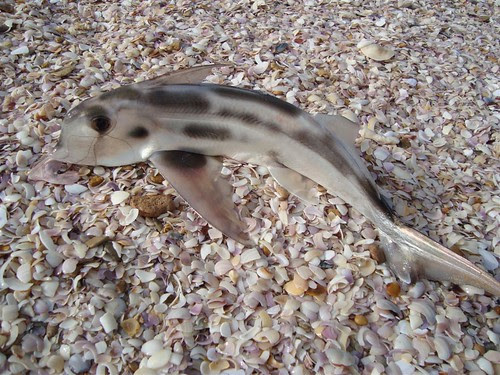 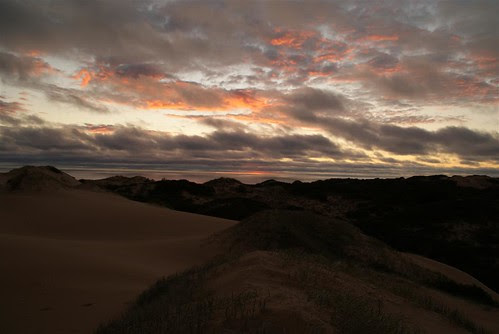 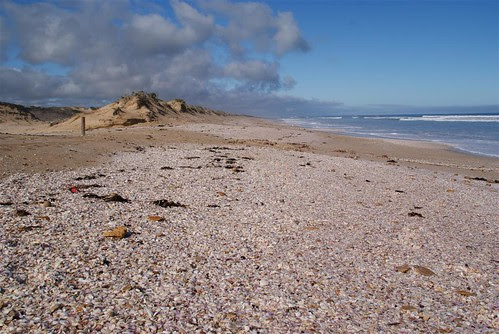 42 Mile Crossing was another nice campground in the Coorong, here the walk to the beach was a longer trek, the tide was in and the beach was getting hammered with waves but we were on a mission to find the best shell's washed up so we spent the next few hours scouring along the high tide mark before realising the time was getting on and headed back to camp via the walking track, the sun was starting to set and we were hoping the walkway was going to be the quickest route back. The walk was certainly more scenic with lovely views and plenty of Kangaroo's surprised to see us trecking along, the Van was a welcomed sight by the time we got back after giving the legs a big workout. 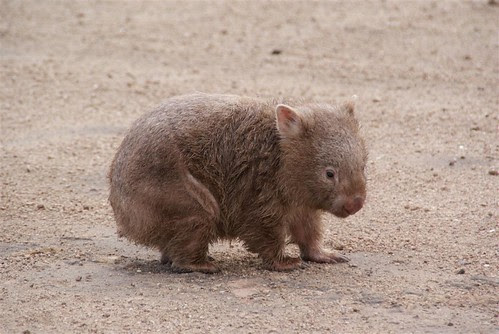 The Coorong was great for birds & wildlife, we came across a wombat scratching his nose on the road who wasn't too fazed about me getting close, an Echidna which dug his paws in to the dirt as we tried to shoo him off the road plus heaps of Emu's & Roo's. We called into Parnka Point hoping for another ocean side camp, and though it was picturesque being situated alongside the Coorong the sand flies were already out in force, speaking to another couple leaving they warned us about the huge Mozzies also, plus being low on water in the van we decided to head back to Adelaide Base and that is where we are now untill we fly back to Perth to visit our children & granddaughters in a weeks time.
Posted by Mick at Friday, June 05, 2009 No comments: