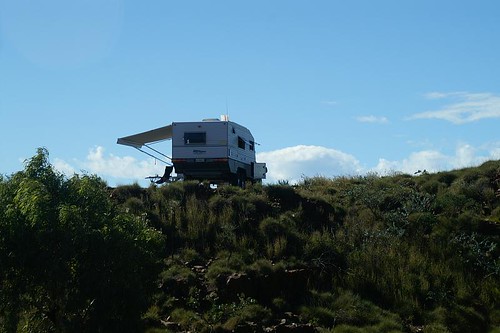 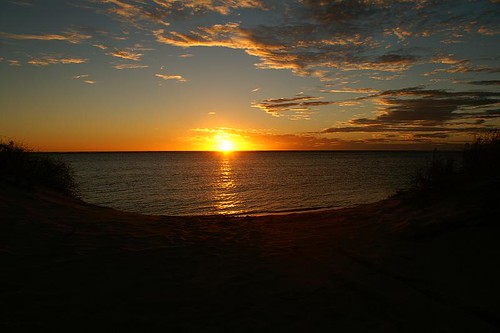 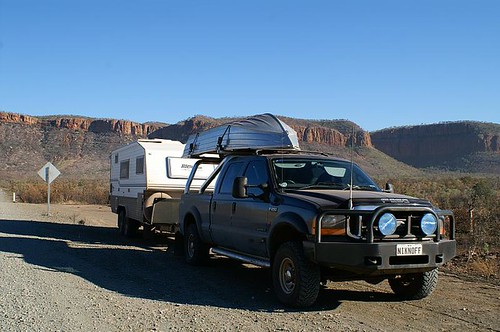 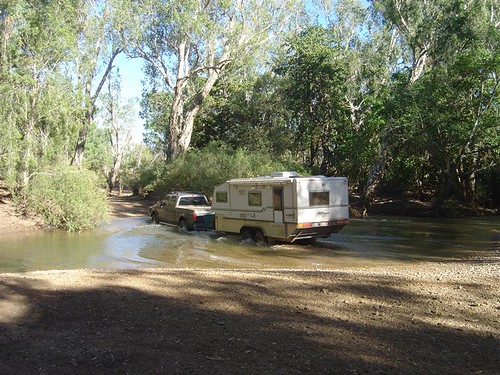 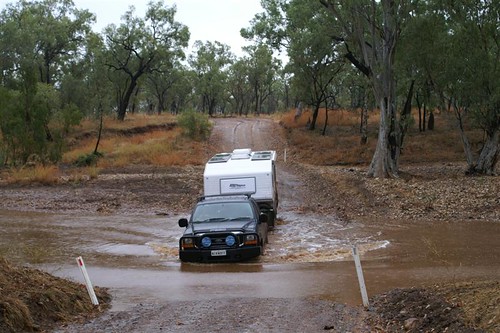 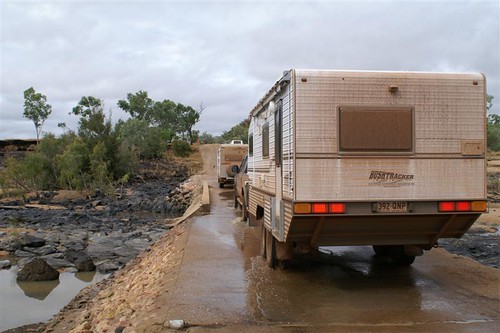 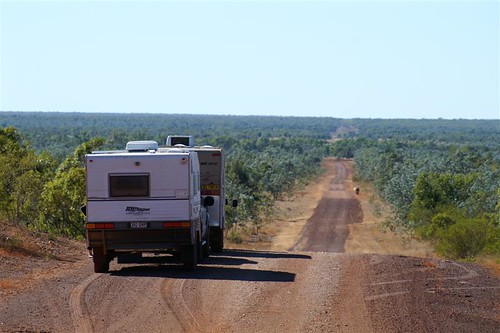 Plenty more photos can be seen Here
Posted by Mick at Thursday, September 11, 2008 No comments:

Ningaloo and the Northwest 2008


We have been going to Ningaloo and camping along the coast at South Lefroy Bay for over 12 years now, we were taken there by friends, we in turn have shown other friends and even had our family & grand daughters stay for a weeks camping, it's that kind of place, nothing fancy just the pristine turquoise waters of the Indian Ocean and the fringing coral reef called Ningaloo. We love it, we have made good friends with other campers with whom we have met whilst also camping there, we all have something in common and it reaches across all ages & occupations. 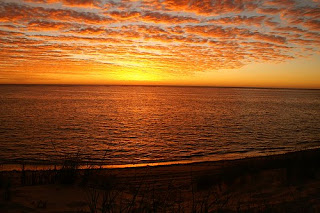 So 2008 was going to be around one to two months at Ningaloo and then head further North revisiting many places like Broome, Derby, Gibb River Road, Kununurra etc for another four months. Well we lasted at Ningaloo for 6 weeks and the time flew, we had friends Mal & Lynn from Maldon stay with us in their Majestic Navigator caravan for a fortnight on their way up to Broome, and Vickie's sister Jo and hubby Dave also came up and stayed a fortnight with their Jayco Camper trailer. Both couples had met each previously and their stays overlapped a week each so it was great timing by all concerned. 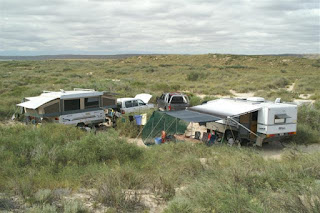 Fishing was quite good of the beach to start with, i was doing well with the Spangled Emperor in the early hours of the mornings and was quite enjoying getting up at sun up to go tussle with the fish, once they went off the bite though it became a decision as to how comfortable the bed was compared to standing down on the beach, i must admit the bed won more times than not, but in my defence i knew that we had the tinny and could venture outside the reef on the good days and have some better luck there, which we did. A first for me was a double hookup on Spanish Mackerel, mine stayed connected whereas Dave's through the lure. It was an exciting catch with great strong runs but it was no match for the gear i was using and i soon had it inside the boat and humanely iki jimi & bled. Along with the Spaniard we caught our boat limit of Snapper so we were very pleased. Another day we ventured out we had much the same success but this time it was with the electrifying Mahi Mahi or Dolphin Fish as they are also known, these fish put on a spectacular display with jumps and twists as they tried to shake the lures, unfortunately for Dave he again lost the fish and luckily for me i didn't and once again i had a lovely large fish in the deck of the boat. 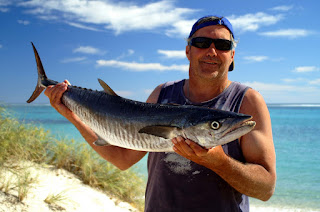 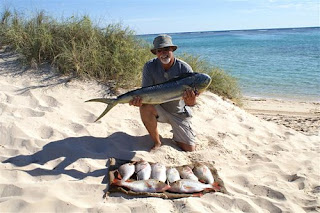 Apart from plenty of large squid around which Vickie & Dave caught the majority of, the rest of the fishing was quiet. We filled our days in by snorkelling or just watching the Ocean from our hill top vantage point. The Oceanic World seems to go past your eyes if you watch hard and long enough, we saw Dugongs, Sharks, Turtles, massive schools of bait fish, Dolphins and some shadows that we were not sure what they were but we wouldn't venture of the safety of our hill to find out.

Before we knew it our friends had been and gone and it was time for us to start thinking about leaving. We asked a few other friendly campers down to share a drink and some snacks and then surprised them by mentioning that we would be off in the morning, we had a great funny night, lots of laughs, jokes & wild antics by some, a good nights sleep and in the morning set about breaking camp. Our friends Alan & Joyce came down and gave us a hand because it looked like rain and it was appreciated even if it took we weeks to remember where i had packed everything.

So leaving Ningaloo behind us we moved North, we had never visited Onslow so why not we thought, so in we go the 80 odd Kilometers to pay the town a visit. Not much here but what there was is quaint and friendly, we stayed two nights at a van park in town to catch up on the washing and then moved out to Old Onslow and spent a night by the river, some very nice camp sites dotted along the banks. Further North we ventured and mainly we were just revisiting places that we had been many times before. Broome was very busy and we managed to book into a van park for 3 nights, Mal & Lyn were in town and it was catch up with them again time, They go to Broome each year and stay for 4 months or more, they love it but we don't mind admitting that it's not our scene and we would soon get bored of the caravan park lifestyle, we prefer to be in the bush or some nice quiet section of coast. 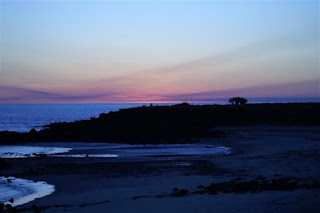 Another place we had been before was Middle Lagoon but we enjoyed it the previous times so why not visit it again. Nothing had changed and the sun still set in the same place, a week stayed there was lovely but maybe because it was familiar that i just didn't like it as much as before. Back into Broome to restock and then on up the Gibb River Road, another journey we have done 4 times before but each time in a different vehicle towing a different trailer so there has to be something different .. right?? Well actually no, the GRR is the same, the Gorges are the same and I'm sure the same tourists are driving the same Britz Troopys at the same speed showering us with the same rocks as previous years gone by. Yes it's the Kimberly and they are lovely but we felt we were just travelling the road for the sake of it, we spent 10 days on the GRR and it was very nice but nothing we hadn't seen before, and i know we would appreciate the area more if we were to visit at different time of the year such as after the wet or the build up prior if we could handle the humidity at those times. 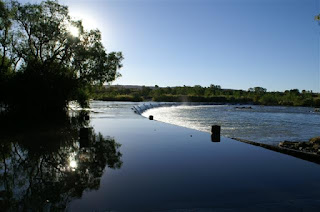 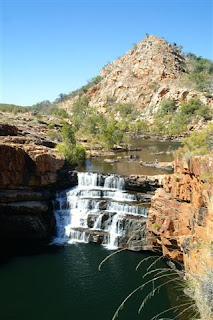 Off the GRR and no problems with Van or Truck, the rig performs extremely well on the dirt & corrugations which is a comforting feeling. Into Wyndham for a visit and refuel, check out the jetty and the massive tides, it's worth driving up for a look at the Look Out, the views give you a great understanding of the massive tidal movements up these parts with 12mt tides. The Wyndham Bakery is also worth a visit with free tea & coffee's whilst you gorge yourself. 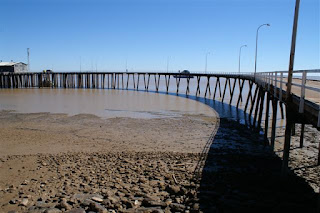 Onto Kununurra, one of our most liked towns in West Australia, we don't really know why it is, it's a combination of it's location the natural layout of the town in between the surrounding hills and the large body of water that is Lake Kununurra and further on Lake Argyle, both of which run through damns and exiting down the lower Ord River. Lake Kununurra is safe to swim in with reportably only freshwater crocodiles inhabiting but below the diversion damn is a different matter with huge 5mt plus Saltwater Crocs lurking about in plentiful amounts. Of course that's where the good fish are too so, funny about that ! We spent a lovely week at Kununurra, caught up with some other Bushtracker owners and visited a local mate who kindly tried to get me onto some fish whilst we were there but he failed dismally, nothing to do with me of course it's all his fault!

We had intended to go and camp down by the lower Ord but a visit to check it out showed that the effort to get a decent level site started to sway our minds about going out to visit Lake Argyle instead, having previously camped along the river and never stayed at Argyle the Lake won out. Four nights at Lake Argyle was lovely but where we nearly came unstuck, we were out in the boat and enjoying the incredible size of the body of water out here, i was giving the boat it's head and we were skimming across the water when i had a brain fade, i let go of the tiller arm to adjust my seat and i was expecting the boat to continue straight for the few seconds but instead it spun around with such force it threw me out of the boat and Vickie out and back in! How it happened that she was soaked from head to knees and managed to stay in the boat amazed us. A very dangerous incident and a healthy reminder to not be complacent on the water and always wear the cut off safety Lanyard, IF we had of both been thrown out and the boat continually circling at speed then who knows how the ending may have been. 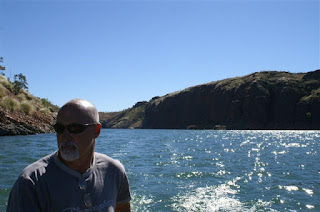 With that scare dampening our fishing enthusiasm we ventured back to camp and decided to make the move slowly south back home, there was no rush though and we again stopped at Broome and visited friends, then down to Port Smith where i got the fishing bug again and went and caught a mixed bag of fish including another Spanish Mackerel which was the only one i kept. Down to Karratha we stayed at Alan & Joyce's place, fortunately they have a corner bloke with space for our van so that was handy. A two day catch up, three days and visitors start to smell like fish so the saying goes and we decided to go pay Wittenoom another visit, our 3rd over the years. It's a shame that Asbestos is such a dreadful product because the area around Wittenoom is breathtaking in it's natural beauty, we noticed that the signs mentioning the name Wittenoom are no longer up and the roads have been dug up to restrict visitors having a sticky beak, our thoughts are if your that unlucky to get asbestosis from a fleeting visit then your going to die regardless. So with that thought in our minds we drove in and stayed a night down by the river surrounded by incredible scenery. 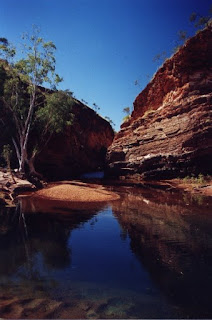 After Wittenoom it was just another journey down the bitumen of life, heading home with the horses head turned there is not much to stop it, especially as we had come to the realisation that Yes as much as we enjoy the Kimberley we want to see new and different places and to do that we need to head east which is why in 2009 we intend to let our married daughter and her family take over residency in our home and we will hit the roads full time for a couple of years minimum. Stay Tuned for that next adventure in our lives.
Posted by Mick at Saturday, August 02, 2008 1 comment: