Its been a while but finally i had some more modifications done to my 200. Im no longer the guy who can crawl under cars and do the stuff i want, so it falls to the after market mobs and the one who has been responsible for my build up is Ultimate 4WD in Bibra Lake WA. The Outback Accessories Rear Bar and Dual wheel carriers, i choose OA because i liked the strength of the one piece bar and the ease of removing a carrier if i want to only run around with one. The LED lights and tow points built in are also a neat feature. 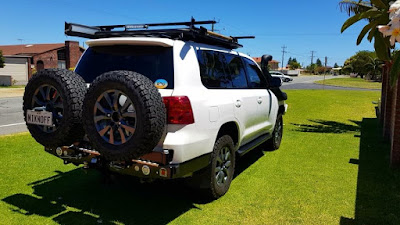 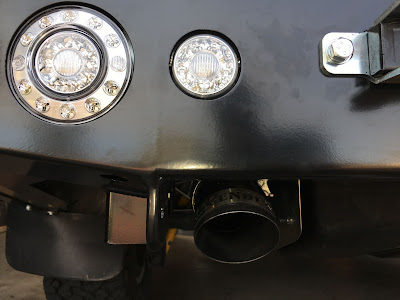 I liked the look of the later model Sahara Rims so i bought six and had them powder coated in Graphite instead of the common black most owners are fitting, DBA slotted brake rotors and QFM 4WD pads were also fitted. 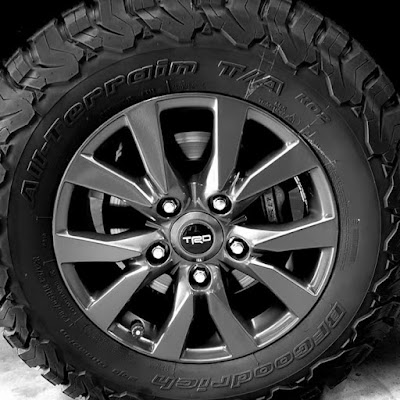 I have been quite happy with the Cruisers quiet cruising mode and did not want to ruin that with a loud exhaust but i did want something that breathed better than the stock exhaust. Plus if i was going to pay thousands of dollars for a pipe i wanted it to be the best pipe i could get, so i went for the Genie Legendex stainless steel twin 3" to a single 3.5" tail pipe. It fits extremely well tucked up higher than the factory exhaust, all mounts are solidly built, the dump pipes are ceramic coated. It has a nice burble under a light throttle and a grunty sound under accelleration. 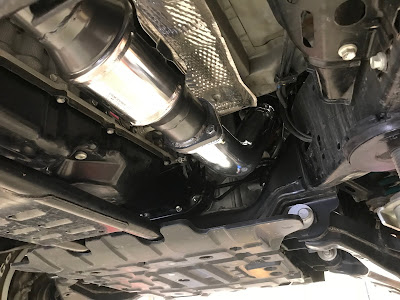 ARB Frontier 185lt long range poly tank, ive had a Long Ranger steel tank on a previous Cruiser but this time i went for the poly tank, i believe it is just as strong as the steel without any future problems of rust or cracking plus its around 30kg lighter. It fits up nice and high and no worries about losing ground clearance. The other benefit i am told is they fill faster with a better breather system than the smaller factory sub tank. My only criticism is they don't come with a drain plug. The car now has 280lt fuel capacity 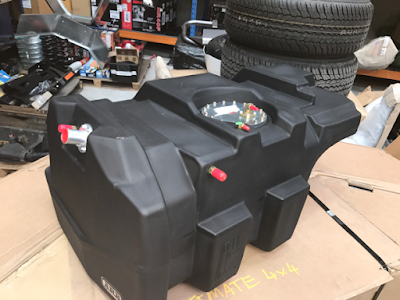 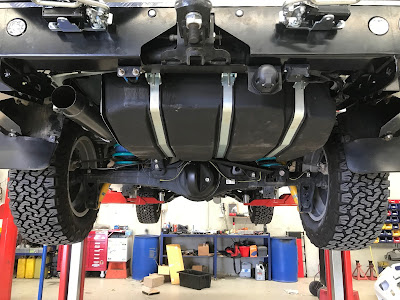 A new 12v platform was fitted to replace the one i had due to the build requiring more fuse holders and circuit breakers fitted, this also meant the HPD catch can had to be moved slightly to a new accessible position. I also had a set of Kevlar protective covers fitted to the rear airbag. 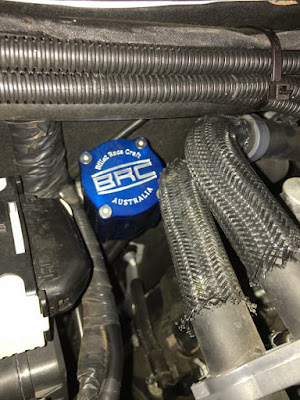 Lights were another addition, i did experiment by buying a set of Illuminator LED lights but they were not going to fit on the Sahara Bar with hoop so i sold them on. Having had HID lights on my 79 series and knowing how great they light up the road i was keen to have another set, i choose the Lighforce Genesis 50w HID lights for the bullbar along with a Lightforce 40" LED dual watt single row light bar fitted to the Rhino rack, at the rear i have a 10" lightforce LED light bar for reversing and lightening up the campsite. Inside the tailgate i have had a Lighforce flush mounted LED light fitted into the top section of the tailgate, this puts out a tremendous amount of light which will be great for camping and fishing. I also carry two portable LED magnetic lights for additional lighting. A 170w Solar Panel mounted onto the Pioneer platform with the wiring for the paneland lights neatly hidden away utilising the factory rubber covers and grommets. A set of Max Trax and a Darche awning are also fitted, along with the Aero Bars which have the Hullavator Brackets attached for the Kayak Loaders & Carriers. 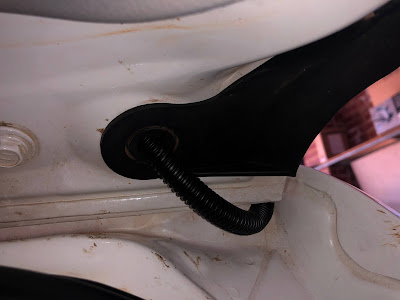 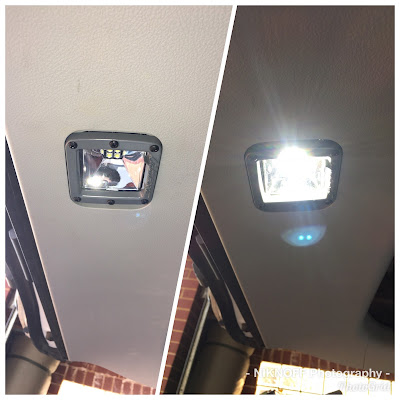 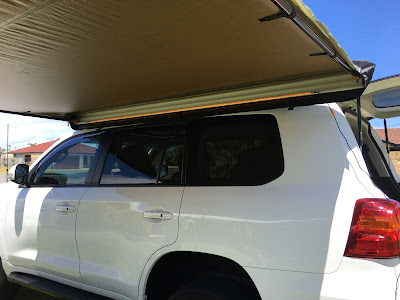 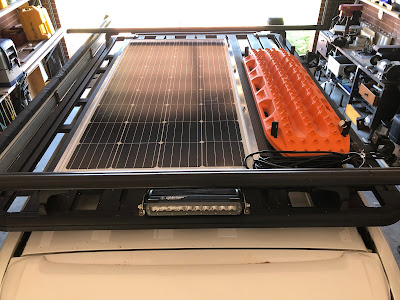 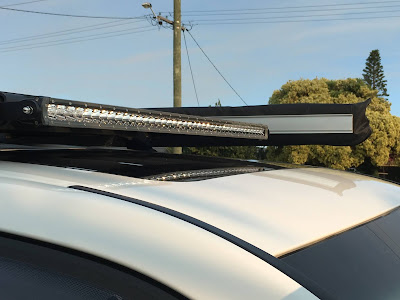