It was a sad morning leaving our grand daughters Millana & Ruby, Millana was all tears and upset that we were leaving again & Ruby was quite brave calling out to us ‘ See you at Christmas time Nana & Poppy’
It was to be a new experience for us also as we no longer had the F250 nor the boat to take up North, instead we had a Toyota V8 Ute [with canopy] and a 2nd Hobie Kayak. We had not towed the Bushtracker with the Toyota apart from around the block when i was checking the trailer brakes were working properly but i was very confident it would have no problems towing the fully loaded Van.

Certainly compared to the F250 it felt different from the initial take off – the Ford was automatic and the Toyota has a manual gearbox so it was slower to get the rolling mass moving, but once into 2nd gear and beyond it pulled like a train, Onto Kwinana Freeway and then the Roe highway it cruised effortlessly, the big test was going to be the hills out of Geraldton, again nothing was a concern, I was towing in 4th gear and the rig just cruised on up & over, one hill i recall dropping down to 3rd gear but it was more for my sake not over stressing the mechanicals.
Fuel consumption was better than the F250 was getting also, we look like comfortably achieving 18lts per 100, the scan guage i recently fitted and calibrated to the tanks told me we were getting 16lts per 100 and around 8k’s per litre, i have yet to double check i have the calibration correct so i wont get carried away with it just yet.

The drive up to Ningaloo did seem to take us longer than we have felt before, stopping at one overnight camp at 2.30pm was earlier than we usually do and cost us a few hundred extra klm’s we could have travelled that day, as it turned out we got to the Homestead turnoff road around 3pm on Wednesday. I stopped and started lowering tyre pressures as the track in can be very corrugated, i had finished the 4WD tyre’s and went to lower the Van’s, bugger one of them was already ¾ flat! I crawled underneath to see if i could see a nail or any damage and felt the air escaping out from a cut in the the sidewall, bugger! How that happened is anyone’s guess, we were travelling on the black top and hadn’t driven over any objects that would have flicked up and sliced the sidewall, So out came the jack and tools, The F250 had a better hydraulic jack ! The Toyota jack did the job but it doesn’t extend as far out as the larger Ford Jack so it meant some mucking about with some timber to get enough height so i could remove the wheel. With wheels changed we were heading on down the track with 1st port of call the Homestead to see the owners and check in with them and arrange payment for the time we would be here.

Things have changed slightly with a key needed to get through a gate to Sth Lefroy Bay and some minor rule changes but certainly nothing off putting, be prepared though if you visit and do not ‘Do the right thing’ by the Stations rules you will be asked to leave. The track in was fairly rough with plenty of corrugations but the track from the Homestead to Sth Lefroy Bay was worse, 1 hour to travel the 15klms and we came to the set of sand dunes we needed to cross over, with tyre pressures reduced and low range 2nd gear selected we drove over without incident.
Vickie’s sister & hubby Dave were already camped at Ningaloo, they had been here a month already and well and truly settled in and were pleased to see us arrive, we were equally as pleased to get there. As it was now dark we decided to leave the rig parked where it was and worry about getting it into our camp area in the morning. Jo & Dave had a camp oven roast of leg of lamb cooking for us to share for dinner and with a few cold beers we caught up with what was new since we last saw them 6 months earlier.

The next day we got the van positioned and went about getting our camp organized, I got the inflatable Hobie Kayak out and set it up for Vickie and then got our new plastic Hobie Outback Kayak off the roof of the 4WD, with the water looking inviting we couldn’t wait to get them out and have a peddle around, Yes Peddle not paddle as the Hobie’s have the Mirage drive system where you use your legs to peddle which propels the Kayak through the water using a set of fins below the Kayak.
We have been here 4 night’s and every day we have been fishing off the beach or out in the Kayak’s, it’s been great fun and the fishing has been good also. I caught a nice Giant Trevally out of the Yak which was excellent fun on 10lb gear, Spangled emporer off the beach along with a large Shovel Nosed Ray. Dave has really hit his straps cathing more fish than anyone but with the last 2-3 fish under my belt i think i may have stolen his mojo. 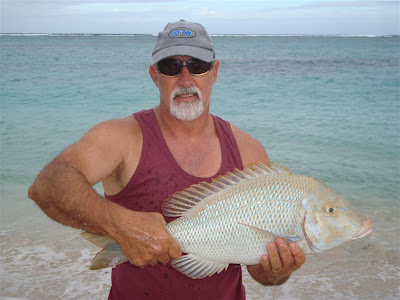 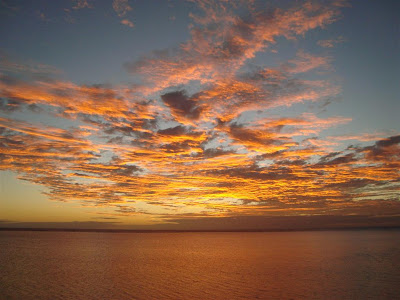 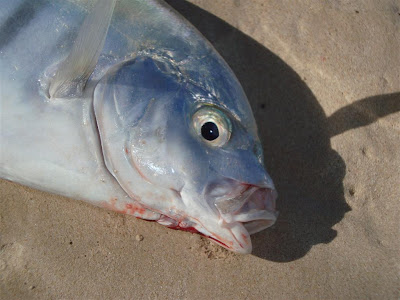 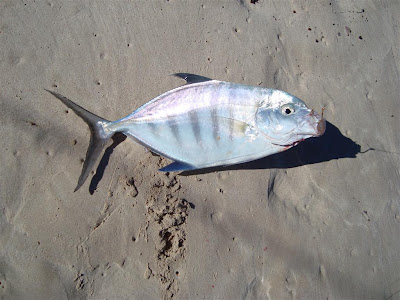 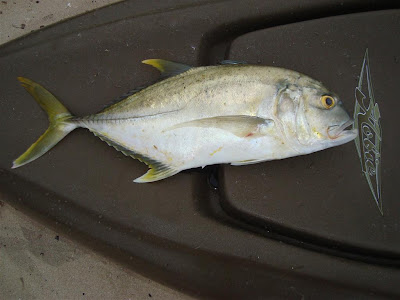 The weather is lovely but we have had a sprinkle of rain and some overcast day’s the last two mornings which hasn’t helped the solar panels charge up the batteries fully but we are getting by. We always have the generator to use if things get bad. The Ute has a 80w panel supplying power to the aux battery to run the Engel but because we are using at as a freezer at present it’s borderline, ideally another 80w panel on the canopy would get us amps in the ‘bank’

One annoying thing is the lack of internet signal i am getting, Dave is getting signal most of the time and camped beside us, he is using a USB 7.2 Bigpond modem with external aerial and i have a Bigpond Gateway Modem but only once have i seen it with any signal strength, our phone connected to the car aerial has full strength most of the time, I don’t have the neccesary cables & fittings to swap things over and try using that aerial to narrow down what the problem could be, maybe the position we are in is the problem, time will tell in 3 weeks time when we move camp to another spot just up the track, where we are now is booked out then and we have to move.

The past few days has been wet wet wet !!! The roads coming in are flooded and many campers were stuck away from their camps. We found a new water leak in the van, or should i say water deluge! We think it is coming from the roof edge and possibly damage caused when i backed the van into the brick wall at home, We knew the side panelling got damaged along with an awning leg and the metal taillight surround on the back but didn't know about any other possible damage. The other piece of bad luck was our awning has been damaged also due to the awning filling up with water and bending the main roller into a big banana bend shape, So .... it looks like another trip to the BT Factory sometime this year. 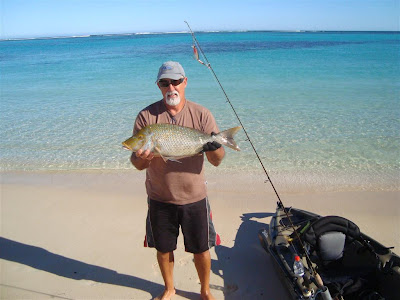 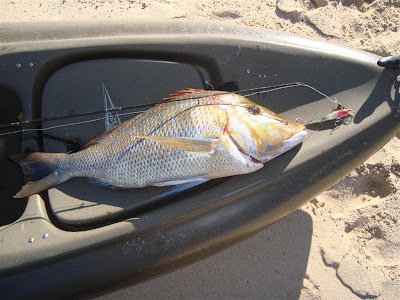 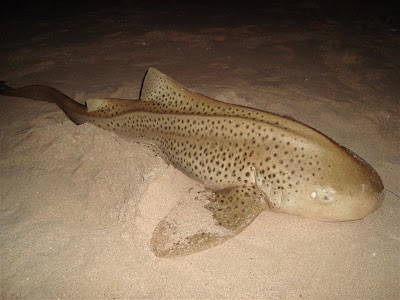