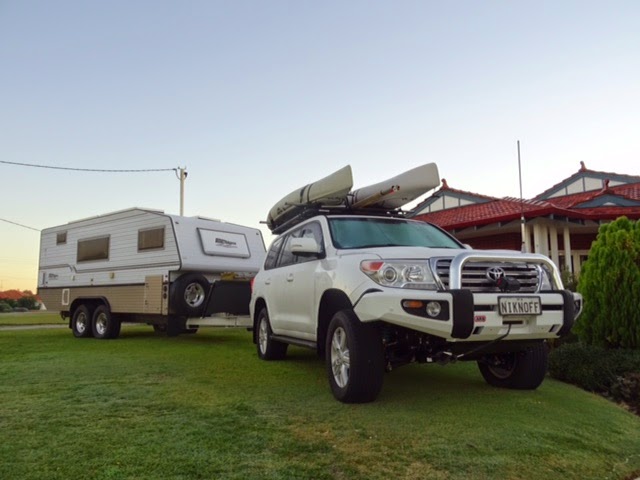 We have now owned ten Cruisers since 1984 when i bought our 1st HJ60 Landcruiser, since then apart from a very short six months we have always had a Cruiser, everything from a HJ75 Troopy, 61 series TD wagon, 75 series Ute, 5 x 80 series ranging from a 3F petrol to 1FZE Petrol, diesels and turbo diesels, we have also owned a 2004 Ford F250 for 4 years which we sold in April 2010.

For towing my preference is for the turbo diesel model, i like the low down grunt these engines have for towing and off road work but you have to be aware that services are more frequent than petrol vehicles, usually the price is dearer when new but you can recoup the difference at resale, the fuel cost itself is generally dearer though in reality it should be a lot cheaper as it is less refined, supply and demand governs the sale price the consumer can handle they tell me.

Well after having so many Landcruisers and gone from what we believe to be the best built camper trailer on the market to the comfort of a caravan where do we go from here? The F250 was a great tow vehicle but it's physical size became to compromising on where we wanted to go and the ease of parking when it became to visiting cities & large towns. I was at the stage of looking around at our options, i had decided i didn't want another station wagon and started to look closer at the Toyota V8 Ute's. 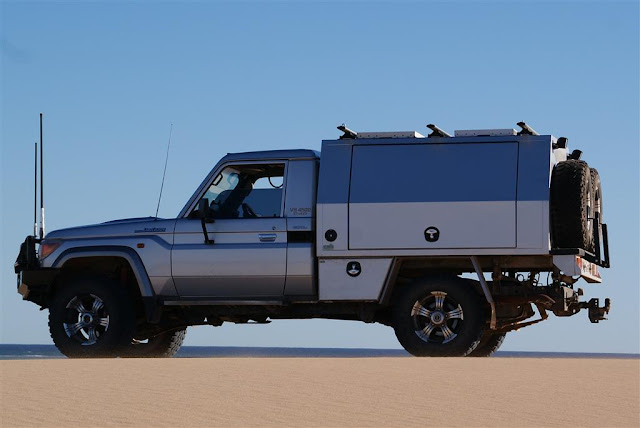 I saw one advertised on the net and made inquiries, the Ute had heaps of extras fitted and cost over $100k to fit out, my initial inquiry was simply to mention it was a very nice set up Ute but overpriced, the feedback received confirmed what had been spent on it and the many extras fitted. Two weeks later i received another email letting me know that the Ute was still for sale and price had been reduced dramatically, i arranged to go look and the rest is history.

Owning two vehicles meant the F250 had to be sold, we advertised it on the net whilst in Qld but didn't get any serious replies, so we decided to drive everything home to WA and sell it there which we did without any trouble. 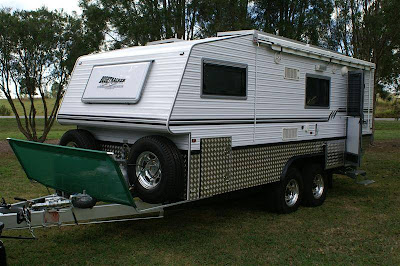 The van is built for fully self contained isolated travel, with 4 x 82lt water tanks 3 of which are non potable and one potable,a 90lt grey water tank, 5 solar panels with a total of 590w, 4 x 120a/hr agm batteries, 40amp solar regulator, 50a/hr Battery charger. Everything is 12v, LED lights, Vitrafrigo 230ltt fridge / freezer, 22" LCD TV with a Pioneer CD/DVD player, internal and external speakers, an Oyster Satellite dish on the roof. The en-suite is hand laid fibreglass it combines the Thetford toilet as well as the shower and is quite spacious with flickmaster taps and fittings. Twin flojet pumps for the water, a Webasto diesel heater warms the van and a Dometic Harrier A/C keeps the van cool on those hot days, but you do need 240v and for that we have a Honda 2ui generator.

These vans are built to a high standard with the framing being boxed 3mm aircraft grade aluminum that is welded & riveted together giving incredible strength & flexibility. All the things such as wiring, water pumps, hoses that are hidden away are all very neat and well laid out 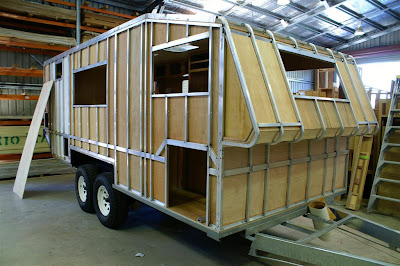 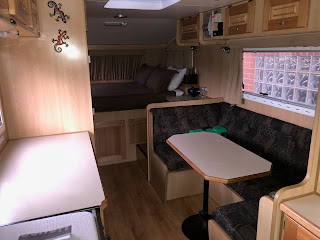 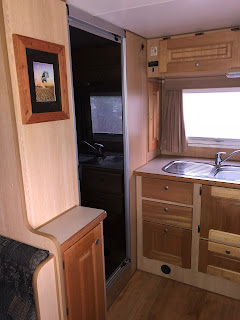 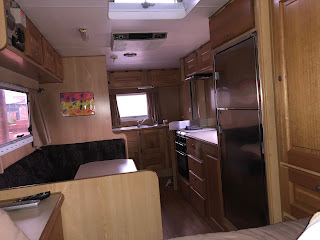 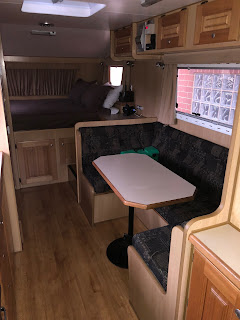 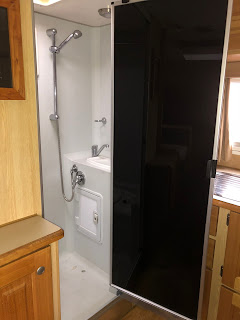 Our van is a tandem axle with 4000kg rated Simplicity Suspension which is a true load sharing suspension, this van simply walks over obstacles. Everything about the van is strong, the interior cabinetry is dove tail joined, the exterior checker plate is 2.5mm thick and not just for show but a proper body armour including a water proof door to enable water crossings up to a depth of 1.2mt.

They are not a light weight van but considering the build strength and components they are not as heavy as some other brands, ours came in at 2620kg tare. I have made some custom changes to the van, removing the heavy power jockey wheel and welding in a plate & bracket for the Trail-A-Mate hydraulic jack / jockey wheel, these are great and makes leveling and hitching the van a breeze. 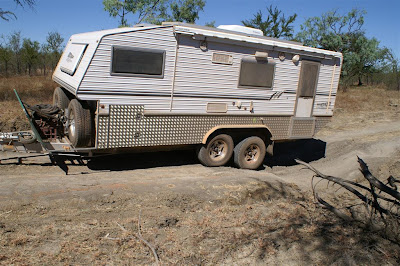 I changed the welded on access steps to a removable type as they are prone to being damaged when taken off road as they hang down slightly lower than the chassis rails, now it's a simple 2min job to take them off or replace them.I have also replaced the round chine bars on the draw bar to a stronger 12mm flat bar, the chine bars are there to give added strength to the draw bar. A large aluminum storage box has also been fitted to the draw bar, this now holds our generator on one side and storage for Jerry cans or fire pit on the other, it is also useful for carrying firewood on it.

We made one decision we regretted and that was opting for the Coolabah awning, after three months we came to the honest realization that it was a pain in the butt so we had it removed and a roll out style fitted, which is far easier to use and maintain.

You have a great set up, we are truly envious. Enjoy the lifestyle wish it was us.

Hi Mick
Made it here after your email (via LCOOL).
Very nice setup. You have given us lots more to think about. We are going to QLD in a few weeks and have booked factory tours at the major van manufacturers.
Thanks again and safe travels.
Benny

Hi Benny ...so what was your outcome?

Thank you for the wonderful blog. It is indeed informative and useful We are into the same business. For know more about us, please visit Hiring a Caravan today.